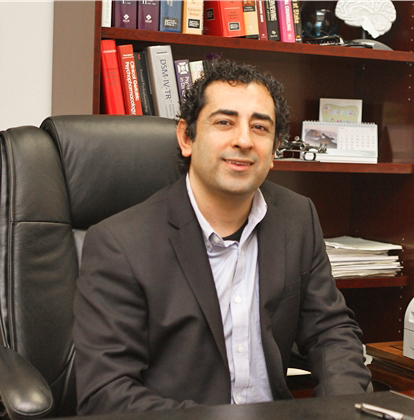 Dr. Vivek Agnihotri, MD is a Psychiatrist in Saint Louis, MO and has been practicing for 15 years. He specializes in Addiction Psychiatry.

Dr Agnihotri has extensive experience in the diagnosis, treatment and management of a wide range of Psychiatric disorders. He provides compassionate care and individualized attention in conducting detailed psychiatric evaluations and treatment.

Dr Agnihotri specializes in the treatment of various substance abuse disorders including Opioid dependence, Alcohol and other substance use disorders. Through medication management, behavioral management, psychotherapy and the integration of certain holistic treatment modalities he strives to provide comprehensive solutions for patients.

He completed his General Psychiatry Residency at the University of Medicine and Dentistry, Newark New Jersey and served as the Chief Resident in his last year of residency. Dr Agnihotri became board certified in General Psychiatry in 2004 by the American Board of Psychiatry and Neurology (2004 – 2014).

Dr Agnihotri then joined Yale University School of Medicine where he completed an Advanced Residency in Addiction Psychiatry. At Yale, he trained under pioneers in the field of addiction research and medicine. After his fellowship he joined as consultant psychiatrist for Hepatitis C resource center at West Haven VA Hospital, while continuing in a volunteer faculty role at Yale as Assistant Clinical Professor of Psychiatry.  He then joined Valley Mental Health, Birmingham Group Health Services in Connecticut and went on to serve as Associate Medical Director.

He became board certified in Addiction Psychiatry in 2006 by the American Board of Psychiatry and Neurology (2006 – 2016).

The next step in his career was to join Jefferson Barracks Veterans Administration Hospital in St. Louis.  He found it very gratifying serving the Veterans returning from Iraq and Afghanistan, treating them for trauma, substance abuse issues, PTSD and Dual Diagnosis. Dr. Agnihotri participated in the educational activities of St. Louis University Psychiatry Residents during their rotations at the Jefferson Barracks VA Hospital.  He was given the title of Assistant Clinical Professor of Psychiatry by St. Louis University School of Medicine, as a volunteer faculty member, while employed by the VA Hospital (2009 – 2013)